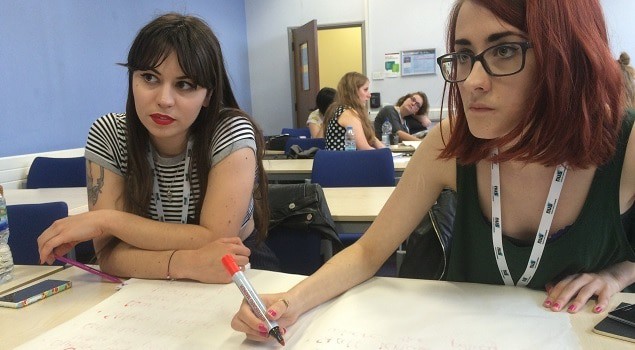 What is Lad Culture?

NUS defines lad culture as a group or ‘pack’ mentality residing in activities such as sport, heavy alcohol consumption and ‘banter’ which is often sexist, misogynistic, racist or homophobic. It is also thought to be a sexualized culture which involves the objectification of women and rape-supportive attitudes, and occasionally spilling over into sexual harassment and violence.

A culture is a set of behaviours, attitudes and practices that are normalised by a group of people. Though someone might not personally identify as a stereotypical "lad", there are many ways that people can knowingly or unknowingly be complicit in sustaining lad culture.  For example, by:

What is the Lad Culture Strategy?

We believe universities need to take a strategic approach to tackle Lad Culture. While students and staff need to take collective responsibility in becoming inclusive and supportive communities of active bystanders in order to influence a positive societal ripple effect by:

In July 2015, we produced The Lad Culture Audit report, NUS’ most comprehensive analysis of lad culture policy and practice undertaken to date. From this work we were able to create a list of practical recommendations. In order to act on the findings of the audit, nine university students’ unions have volunteered to take part in the Lad Culture Pilot Scheme.

We worked with the Pilot Unions to build their own local Lad Culture Strategies and share best practice with other unions. Together we've learnt a great deal and have been able to develop resources for the rest of the student movement to use.