As part of the ‘British Ex-Service Students and the Rebuilding of Europe project, 1919–1926’ with Northumbria University and University College London, Dr Sarah Hellawell sheds light on key individuals who helped to shape the National Union of Students.

Ivison Macadam, Charles Judd and May Hermes helped shape the internationalist priorities of the early NUS. The devastation of the First World War moved these individuals to seek international links with students across national borders. All remained connected to the work of the NUS while supporting international organisations, such as the League of Nations and United Nations, throughout their lives. Although Macadam’s work has been remembered – as the current NUS offices in London are named after him – less is known about Judd, Hermes and other influential NUS pioneers. Hopefully, this blog and the forthcoming centenary of the foundation of the NUS in 2022 will inspire others to delve into the history of this influential association.

Sir Ivison Stevenson Macadam was the first President of the National Union of Students in 1922. During the Great War, he served in the City of Edinburgh Royal Engineers and was awarded an OBE for his service in the North Russian Expeditionary Force at Archangel. After World War One, Macadam studied at King’s College, London where he became President of the King’s College Union Society.

Shaped by his wartime experiences, Macadam advocated the international work of the student movement, asserting that
‘the spirit of service permeates the movement, and no one can fail to see how direct a bearing this international student co-operation must have on the great and pressing problems of reconstruction in Europe’.  Macadam, Youth in Universities (1922).

Despite stepping down as NUS President in 1923, Macadam remained an active member as Organising Secretary, as well as Treasurer for the International Confederation of Students. He was influential in securing premises on Endsleigh Street in London for NUS headquarters and used his extensive political contacts to gain support for the NUS during the 1920s.

From 1929–1955, Macadam was Secretary and then Director-General of the Royal Institute of International Affairs at Chatham House. However, his relationship with later generations of NUS officers declined as he attempted to exert his influence over the association. During World War Two, he worked in the Ministry of Information. He was knighted in 1955.

Charles Judd was a student teacher at West Street (Boys’) Council School, Farnham from August 1914 to July 1915, when he left to join the army. During the Great War, he served in the Sanitary Section of the Royal Army Medical Corps, spending at least part of the war in Italy as well as on the Western Front. 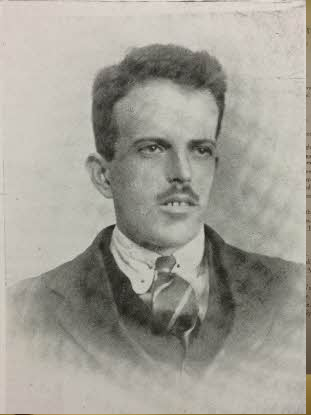 On demobilisation, Judd applied for a war scholarship to study at the London Day Training College. He received £120 a year maintenance allowance, supplemented by occasional book grants of £5. Judd served as the President of the London Day Training College’s Union Society, 1922–1923. In 1923, he also became the first Honorary Secretary of the National Union of Students, in which capacity, according to his student record card

‘he has not only displayed quite remarkable energy and tact, but has done work of international importance in bringing together in brotherly association University students all over Europe’. 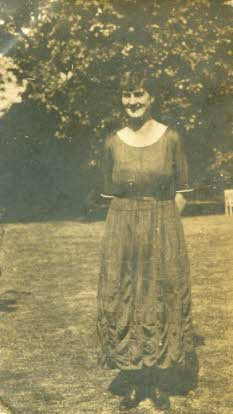 Marie Clara Hermes – more commonly known as May – was a leading figure in the early NUS’ travel schemes. Between 1917 and 1921, she was a student at Bedford College, where she studied French and German and undertook teacher training. After graduation, she worked for the newly established National Union of Students. As Correspondence Secretary (1922–23) and Secretary of the Travel Department (1923–1926), she organised the exchanges and educational tours that formed a key aspect of the association’s work for international student friendship. Her language skills and family links in Germany facilitated these efforts to build international links between students.

May remained an advocate of diplomacy, internationalism and students for the rest of her life. For instance, in 1931, Hermes represented the International Confederation of Students at the League of Nations’ International Committee on Intellectual Co-operation. She was also a member of the British Federation of University Women and served as Secretary of the International Federation of University Women between 1941 and 1956. In this role, she coordinated efforts to maintain links between female graduates across national boundaries during the Second World War and its aftermath. In 1941 she was awarded an MBE for her work for the Empire Societies’ War Hospitality Committee.