A model motion for students' unions to campaign against Prevent 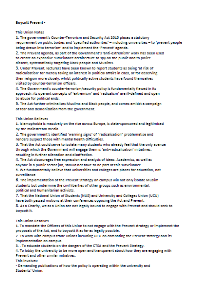 The Prevent Strategy was launched in 2006 under a Labour government, and was widely discredited as being Islamophobic and reactionary in its theoretical underpinning, putting Muslim communities under the spotlight as suspect. The strategy itself is aimed towards stopping individuals “becoming terrorists or supporting terrorism,” working with sectors and institutions which are perceived as high-risk sites for radicalisation, however the premise upon which Prevent is based lacks clarity and has so far been rebuked by many.

Since 2011, it has evolved to include wider terrorist threats, but keeps the focus on ‘Al-Qaeda inspired terrorism,’ ignoring the fact that between 2006 and 2011 only nine of a total of 2313 “failed, foiled and successfully executed attacks” in the EU were classified as ‘Islamic-inspired’, i.e. 0.39 %. Regardless of this, there remain very strong regional networks of co-ordinators, and Prevent is currently operating throughout many sectors of society, including schools, universities, hospitals and local councils.

The 2015 Counter-terrorism and Security Act made it a statutory duty for ‘specified authorities’, including universities and FE colleges, to ‘prevent people being drawn into terrorism’ by implementing Prevent.

The “conveyor belt” theory of radicalisation that the strategy is based on maintains that Muslims are at risk of being recruited into “violent extremism” when exposed to specific ideological strands within Islam, rather than considering violence as a methodology in itself, that a minority of people in any group may adopt. This perpetuates the idea that all Muslims are vulnerable to being “radicalised”, i.e. they must be enabling terrorist activity, and if not, they must be complicit in allowing terrorists to take advantage of their facilities, when in fact the vast majority of Muslims contribute enormously to society.

Aside from the vague definitions of extremism employed by Prevent, the perceptions that haunted early forms of Prevent still exist, and the concerns are still as valid today. These include fears surrounding intelligence-gathering and spying on innocent people, the suspicious allocations of funding to areas with large Muslim populations, and imposing the concepts of a “British identity,” rejected by those who disagree with government policies, and of an ‘acceptable’ Muslims or Islam as determined by the government.

Through being embedded throughout the education, healthcare and public sectors, Prevent has been used to develop a wide surveillance apparatus that keeps Muslims communities in Britain under watch.One of the most harmful outcomes of this policy has been the fuelling of anti-Muslim sentiment, specifically in far right groups like the EDL. If all Muslims are considered to be vulnerable to radicalisation, then all Muslims are treated as possible criminals, aligning perfectly with the far-right agenda.