Debt in the first degree 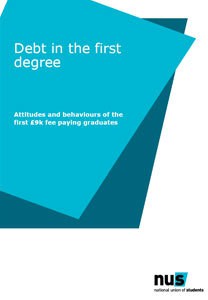 NUS conducted a survey as part of its research into the attitudes and experiences of full-time students graduating under the post-2012 system of fees and loans, which has led to the majority of English students charged around £9,000 a year for their undergraduate degree.

2015 marks the first year that students under the new fee system will have graduated. We want to better understand what impact the higher fees and levels of debt may have had on their perceptions of their degree and their future prospects.

We found that the majority of new graduates had a good experience of university and valued many aspects of their degree. Despite this, the majority did not believe that their degree was worth the fees they were charged for it.