Zamzam Ibrahim has been elected as President of the National Union of Students at National Conference 2019. 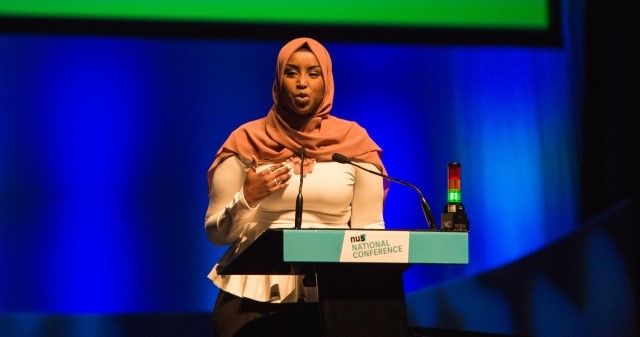 Standing on a platform of transformation and reform, Zamzam pledged to ‘revitalise’ the student movement.

Over 750 students, elected officers and campaigners throughout higher and further education from across the UK are spending this week in Glasgow to debate and decide on key policy issues affecting students.

“I am immensely proud and humbled to have been elected as the next National President of NUS. Education is a transformative experience for millions in the UK and it is now time to make sure everyone is able to access that promise.

“There are many challenges ahead, but together we will meet them and revitalise our Union.”

Successful candidates for all positions: