NUS Scotland has revealed the price of student success as the cost of winter graduation ceremonies piles up for students. 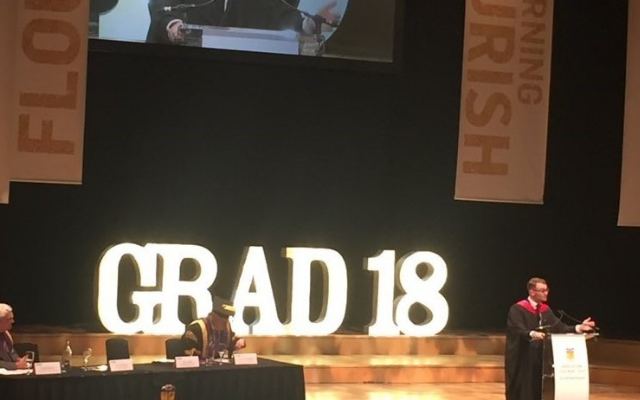 Following a Freedom of Information request to all of Scotland’s colleges and universities, NUS Scotland can reveal that students can be out of pocket by as much as £225 as a result of winter (September - December) graduation costs.

The data shows a mixed approach to charging, with specific graduation fees in place at 70% of universities and 16% of colleges. The data further shows that all of Scotland’s universities require some form of financial payment from students, such as library fines, to be paid in full before students are permitted to graduate.

In addition to mandatory graduation fees, many institutions also require students to externally purchase academic dress and robes, with some institutions receiving commission on each hire.

The data also reveals that fees and mandatory robe hire will see university students forking out anything from £80 to £225. Some institutions even charge students for graduating in absentia, meaning students are still charged to graduate even if they don’t wish to attend their ceremony.

“A student's graduation should be one of the most memorable days of their life as they celebrate their hard-earned achievements.

“However, NUS Scotland’s FOI has revealed many institutions are putting a price on success through disgraceful graduation fees, effectively taxing students by stealth.

“Not only do many institutions – particularly universities – demand payment to graduate in the first place, they also require their students to hire and wear expensive academic robes from third party providers. Stunningly, some institutions even get a kick back on these transactions, receiving commission from the involved companies.

“We would appeal to all institutions across the country to reflect on their graduation fee policies and the impact they have on their least affluent students. Institutions must ensure that, in future, their graduations are free and accessible to all those who have earned the right to celebrate their academic successes."