There is nothing radical or feminist about transphobia

Almost two weeks ago, at Speaker’s Corner, a punch was thrown. A scuffle ensued, was broken up, and then broke out upon social media. 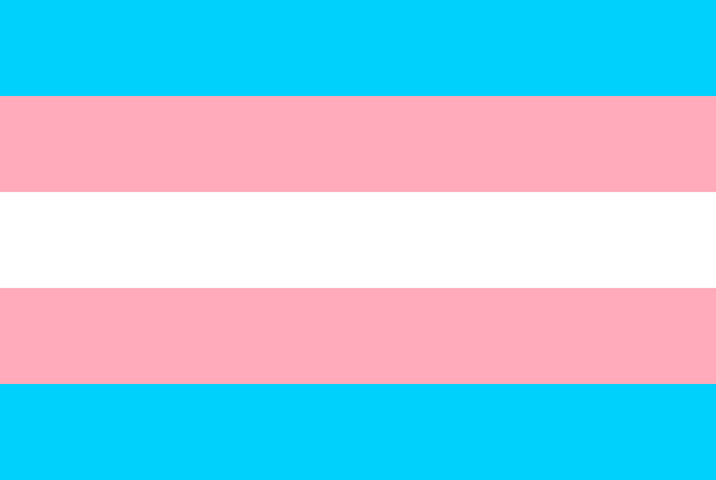 Both sides of the conflict – trans activists and transphobic ‘radical feminists’ – blamed each other for the fight. Even though it was a small scuffle, the story has become big news and is still being reported in the national press. What isn't being reported, though, is the wider context of the conflict.

The punch occurred outside a meeting entitled “What is Gender?”, featuring speakers Julia Long and Miranda Yardley, both of whom have a long and antagonistic history of transphobia and transmisogyny. Some local trans activists gathered outside, hoping to show their dissent to the meeting going on inside. The TERFs – Trans Exclusionary Radical Feminists – got in the trans activists’ faces with cameras. An individual trans person tried to move a camera out of their face, a scuffle ensued, resulting in a punch being thrown. The most memorable image from the event, shared over and over on social media, is that of a trans woman punching a TERF.

But as any historian will tell you, it is possible to take any conflict and look at the events leading up to the incident to understand why and how they occurred. At least, this is the takeaway message I gained from my Year 9 history teacher’s lessons on Archduke Franz Ferdinand. And just as World War I cannot be understood by looking at one gunshot, so too can this event not be understood by looking at a single snapshot. There is history - a context - that isn’t being talked about when you only view this event at the scale of one punch.

Zoom out from the photo of the punch and its accompanying tweets about “trans activists attacking an elderly woman”, and you will find videos of that woman, 60-year-old Maria MacLachlan, with a trans activist in a headlock. You’ll find TERFs getting in trans peoples’ faces with cameras. You’ll find a long and violent history of anti-trans activists using photos and videos taken at events like these to out trans people against their will, to harass them online, and to add them onto websites alongside paedophiles and rapists to encourage others to hound them off the internet.

These tactics, borrowed from the far right websites like Redwatch, are intended on creating a hostile environment for trans activists like myself to organise publicly. From a strategy perspective, it’s a stroke of genius. It frightens off a lot of trans people from getting involved, and it makes a number of us feel like the only way to exist publicly as a trans person is to hide our faces and our names, opening us up to criticism for appearing to have something to hide.

Take another step back and you’ll see that this year is a crucial one for the trans movement. We are on the verge of some potentially important (if still deeply flawed) changes in the law and in healthcare. Anti-trans activists like Julia Long have been organising hard against these changes, turning up at healthcare consultations across the country to speak against any improvements, as well as harassing trans people on the way into the meetings with pickets outside. The event at Speaker’s Corner was put on to mobilise the anti-trans movement against these potential improvements for trans people. And by riling up the trans community and provoking that trans person to take a swing at someone in self-defence, they were able to get that crucial photograph. Now, the narrative is set: trans people are violent and anti-feminist, and the transphobes are the victims of misogynistic violence. It’s that age-old tactic of bigots everywhere; to make the bully out to be the victim.

Zoom out even further and you’ll see that this battle between TERFs and trans activists is part of a bigger war between the second wave of feminism, of which trans-exclusionary radical feminism is a notable tendency, and third and fourth wave feminism, which are more intersectional and inclusive in their approach. The key break between second wave feminism and those feminisms that came afterwards was its position on trans people and on sex work. So the wider context of the conflict underpinning the events at Speaker’s Corner are one of what the future of feminism looks like.

Looking at the TERF’s framing of this event as being about (male) violence against women, misogynistic violence, you’d be forgiven for not realising this conflict was not between women and misogynists, but one between two branches of feminism. This was compounded by the fact that most of their messaging around who was responsible for the counter-demo focused on the trans activist group London Action for Trans Health, even if it was jointly organised between them, Sisters Uncut, and feminists at Goldsmiths Students' Union. By doing so, the TERFs were able to conveniently ignore that some cis feminists had mobilised in solidarity with their trans sisters and siblings, and paint the conflict as one exclusively between trans people and women (with the implicit assertion that trans women are not, in fact, “real women”).

The fact is, anti-trans radical feminism is becoming increasingly irrelevant. Their ideological position is being replaced by a feminism represented by groups like Sisters Uncut and Action for Trans Health, one that is vibrant, intersectional and genuinely radical. Besides hating on sex workers and trans people, anti-trans radical feminists offer little in terms of vision. TERFs have to resort to attacking us because without the oxygen of publicity that comes from riling trans activists up at events like this, nobody would pay any attention.