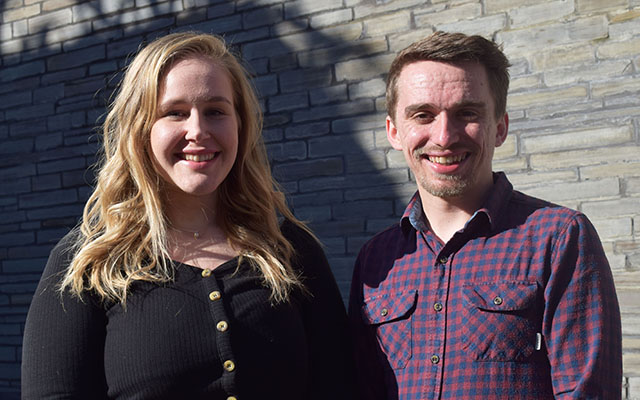 Rob, who has served as group president at Trinity Saint David Students’ Union for the past two years, will take up his new role in July.

Speaking on his election, Rob said:

“I’m incredibly excited to be given the opportunity to lead NUS Wales into a new era after reforms were passed at national conference.

“The elected officers and staff at NUS Wales have done a fantastic job this year in the face of some real challenges and I will work hard to continue their good work.

“I’m looking forward to working with people across the student movement to improve the lives of every student in Wales and can’t wait to get started.”

On student mental health, he vowed to lead a Wales-wide campaign for accessible, free and well-resourced health and well-being support for every student in Wales.

He pledged to continue NUS Wales’ push for a People’s Vote on any Brexit deal, with the option to remain on the ballot.

He also prioritised student housing, promising a national campaign calling on the Welsh Government, councils and the housing sector to commit to providing safe, affordable and comfortable accommodation for students across Wales.

“I’m delighted that delegates elected someone with such passion for students in Wales.

“Rob has a track record of providing strong advocacy to the students he represents and I’m excited for him to bring that to NUS Wales.

“Rob’s manifesto sets out clear, strong pledges, and I know he has the commitment and passion to see them through.”