Response to decision to keep My Travel Pass 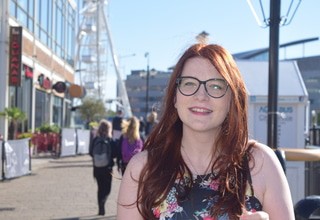 The Welsh Government has today announced that it will not scrap the My Travel Pass discounted travel scheme for young people this year. This follows campaigning by NUS Wales, making the case for the importance of such a scheme in supporting young people in Wales to access education and training.

It had earlier announced that the My Travel Pass pilot scheme would be cancelled from 31 March and that it had tasked the Confederation of Passenger Transport, which represents the bus industry, with coming up with an affordable alternative.

This gave us serious concerns about the future of discounted travel for young people in Wales. However, in a statement today, the Government said that the scheme would remain in place for 16-18 year olds this year, and a new Youth Travel Pass will be implemented in 2018.

“We are very pleased indeed that the Welsh Government has listened to our concerns, and that 16-18 year olds will continue to be able to use My Travel Pass this year. We look forward to a new Youth Travel Pass being introduced in 2018.

“The costs of travel are a huge burden on young people accessing education and training. That’s why the new scheme should be extended to all learners in Further Education and apprentices to the age of 25.

“We look forward to working with learners, the Welsh Government, and the Confederation of Passenger Transport to ensure that the new scheme meets the needs of Wales’ young people, now and in the future, and that they are able to make full use of it.”