Personal Independence Payments (PIP) could be denied to tens of thousands of people with mental health conditions. 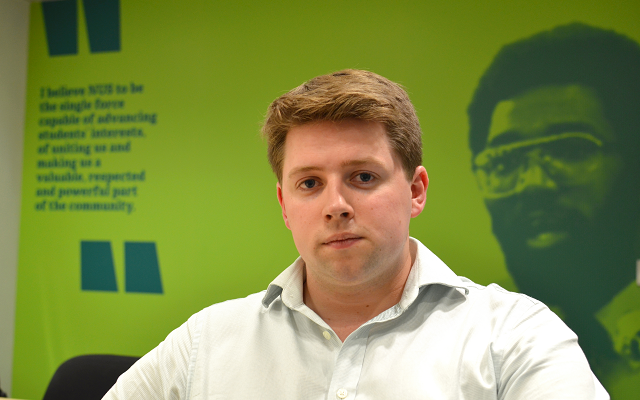 Recently a tribunal of judges ruled that claimants with mental health conditions such as severe anxiety have a right to claim even the higher rate of Personal Independence Payment (PIP) for help with going outdoors.

In response, the government bypassed the social security advisory committee, who are supposed to get the chance to comment on all changes to this law, and published a statutory instrument that will reverse the judges’ decision - denying tens of thousands of people with mental health conditions their right to PIP.

Our 2015 survey found eight out of 10 students had experienced mental health issues in the previous year, and our 2013 survey found that 10 per cent of students reported a diagnosed mental illness. PIP is one of many benefits that students are entitled to claim, meaning that some of the 150,000 people affected by the recent PIP cuts will be students.

The changes will apply to all claims made from 16 March, 2017. George Freeman, the MP for Mid Norfolk and head of the Prime Minister’s policy unit, said the new rules were needed to counteract “some bizarre decisions by tribunals that now mean benefits are being given to people who are taking pills at home, who suffer from anxiety…We want to make sure we get the money to the really disabled people who need it.”

The first issue here is the change itself and whether it is lawful. The government have used an exemption to push through regulations without debate and scrutiny which is only supposed to apply in urgent situations. Is this urgent? No! These regulations also need to be consistent with the primary legislation to be lawful. Are they consistent with the 2012 Welfare Reform Act? No!

The second issue is the divisive language used. Freeman seeks to divide the disabled community by pitting the “really disabled” against the not “really disabled”, physical against mental disability, visible against invisible disability. He fails to recognise the genuine struggle of those who have mental health issues or more invisible difficulties. He insults those he considers to be “really disabled” by implying that these people get what they need from the system, when they are to adversely affected by cuts across the welfare state including funding for health and social care. His comments play into the toxic ‘scrounger’ rhetoric that some disabled people are taking things they shouldn’t, thereby directing attention away from what the government is depriving us of.

Freeman has since apologised for his comments and Theresa May has insisted that the PIP decision was “not a policy change”. She said: “This is not a cut in the amount that is going to be spent on disability benefits. And no one is going to see a reduction in their benefits from that previously awarded by the DWP. What we are doing is restoring this particular payment to the original intention that was agreed by the coalition government.”

Can we believe what they say given the context? Punitive government policies across the system are disabling and prevent disabled people from being independent. From 1 April this year, some of those claiming Employment and Support Allowance (ESA) will see their benefits cut by £30 a week, while last year the government tightened criteria for ESA to reduce the number of people who could claim.

These problems are systemic. In November, the United Nations Committee on the Rights of Persons with Disabilities issued a report stating the UK’s welfare reforms had led to "grave and systematic violations" of disabled people's rights.

In these times we need to pull together – we cannot afford to become divided along the lines of who the government decides is a ‘winner’ or a ‘loser’ in the system. When they divide us according to our need or impairment, they prevent us from uniting around our collective strengths.