Our research into the experiences of #MuslimsInEducation

Back in November 2017, we launched a survey looking into the experiences of Muslims in further and higher education in the UK. Today, we launch a report exploring the results of that survey. 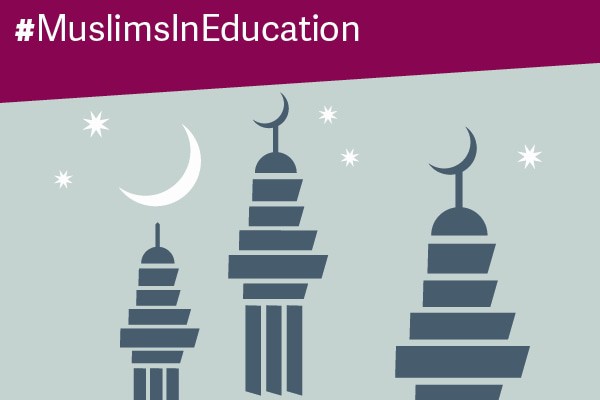 Read our report into the experiences of Muslim students in the UK.

As-Salaam-Alaikum / peace be upon you,

As some of you may remember, in November, the NUS Black Students’ Campaign and the NUS Women’s Campaign launched the Muslim Students’ Survey. The survey was an attempt to provide a holistic understanding of the issues facing Muslim students in further and higher education, and address questions such as “What does it mean to be Muslim in Britain today?”

It is worth noting that the decision to roll out this survey began as early as October 2016 – amid increasing concerns about the normalisation of Islamophobia in society, as well as the scrutiny and racism leveled at Muslims in public positions (including NUS officers).

One cannot overlook the fact that only this month, “Punish a Muslim Day” flyers were circulated in cities across the country which encouraged people to “butcher a Muslim using gun, knife, vehicle”, “burn or bomb a mosque” and “pull the head-scarf off a Muslim woman”.

Most recently, four Labour MPs were sent suspect packages and letters within a 48-hour cycle. Rupa Huq MP revealed that one of her staff members was sent to hospital after handling an "irritant substance" but was later discharged.

These handfuls of instances, alone, demonstrate the need for this research.

It is important to note that this research was not easy for either of us. It was the product of the deep-seated racism that we have personally experienced and witnessed during our time in the student movement. It was an attempt to shed light on some uncomfortable truths including the failings of NUS in recent years. Above all, this research was an opportunity to capture the voices of the most marginalised students in our movement and restore some agency back to Muslims.

As such, it gives us great pleasure to announce the publication of the Muslim Students’ Survey. The report builds on the work of the Black Students’ Campaign and the NUS Women’s Campaign over the last few years.

For one, the findings reinforce existing concerns about the effect of the Prevent duty on Muslim students and reaffirm our calls to abolish Prevent as a whole. One in three respondents, for example, reported having felt negatively affected by Prevent and almost a half of those affected (43 per cent) felt unable to express their views or disengaged from political debate altogether.

Additionally, the correlation between those targeted by Prevent and those who are “visibly” Muslim (e.g. Muslim women wearing the hijab, niqab, and jilbab) was deeply alarming, thereby lending weight to the argument that Prevent magnifies a variety of existing biases and prejudices that may exist about Muslims.

One of the most significant findings of the survey centred around experiences of harassment and hate crime on campus. One in three respondents reported having experienced some type of abuse or crime at their place of study and over a half experienced some form of online abuse.

Once again, the responses were heavily gendered; women who wear a traditional Islamic garment (e.g. a hijab, niqab or jilbab) were significantly more likely to be very worried about being abused or attacked. The NUS Women’s Campaign will be publishing a separate briefing on the specific experiences of Muslim Women students - scheduled to launch in time for NUS Women’s Conference - so keep a lookout for that!

These findings are deeply concerning in that they highlight how rampant anti-Muslim sentiment and Islamophobia is within the education sector (and society as a whole).

This also begs the question about what work is being undertaken by institutions to safeguard Muslim students against racism in or around campus.

As such we look forward to working with local activists, student Islamic societies, the Federation of Student Islamic Societies (FOSIS) and relevant sector bodies to implement the recommendations of this report and to create a more inclusive environment for all Muslim students.

We leave you with some words from the Qur’an, with which we started this research: Verily, with every hardship comes ease. (94:5)

With love and solidarity,