One Day Without Us: stand up for migrants and walk out against Trump!

On Monday 20 February 2017 people across the UK will come together for ‘One Day Without Us’, a day of action to celebrate the contribution of migrants and fight against the never ending anti-immigrant policies of our government. 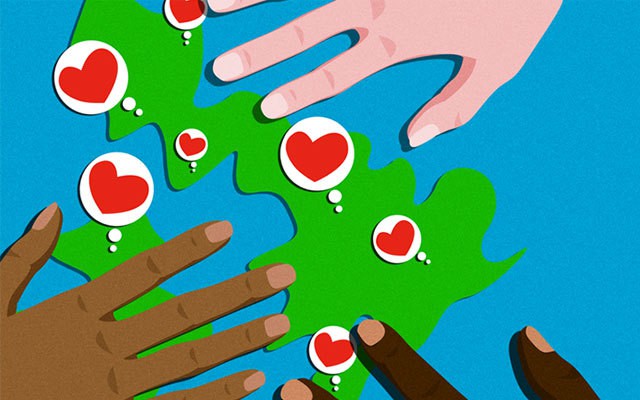 On the same day that parliament will debate Trump’s state visit to the UK, we are calling on all students to join us for a day of walk outs and solidarity to show we stand with all migrants against Trump’s toxic politics and the British government’s complicity with him and the same racist agenda.

The national day of action, which also coincides with the UN World Day of Social Justice, is an opportunity for the general public to celebrate the contribution migrants make to the UK.

Why is this so important?

International Students make up 20 per cent of the student population. They have been a part of the UK education system for hundreds of years and have carved a place on our campuses that cannot be replaced.

There are countless international researchers and academics that make vital contributions to the world-leading British education system.

“We have been seeing the debate around immigration taking a nasty and divisive turn over the years. Many who have held anti-immigrant views for some time, now feel emboldened to display their hateful position in full force.

“With the Muslim Ban in the United States and the British government insisting on honouring the American president with a state visit, it has become more important than ever before for us, as the student movement, to unite in showing opposition to racism, xenophobia and hatred and to stand in solidarity with all those who have been feeling the brunt of state-sponsored racism across the UK and beyond.”

What can you do?

One of the key actions will be to take part in the tweet up at 1.00pm – where migrants and supporters will be taking to social media to raise awareness using the #1DayWithoutUs hashtag.

In addition, we’ve put together a briefing for SUs interested in promoting the day of action locally, and you can download our poster to promote it to your students.

You can also join the official Facebook event and check to see what’s happening near you.

For more information about One Day Without Us, please visit www.1daywithoutus.org.