The annual NUS Wales Awards took place on 26 March, at the end of the first day of NUS Wales Conference.

Students’ unions and individuals across Wales’ student movement were recognised for their hard work and achievements in 2018-19.

Seven awards were handed out at the awards reception, which was sponsored by Endsleigh Insurance.

The winners were presented with their awards by NUS Wales’ elected officers including President Gwyneth Sweatman, who said: “I’m really proud of every single union – not just those who were shortlisted and won, but also those who were nominated. We have fantastic students’ unions in Wales and it was wonderful to recognise their many achievements.” 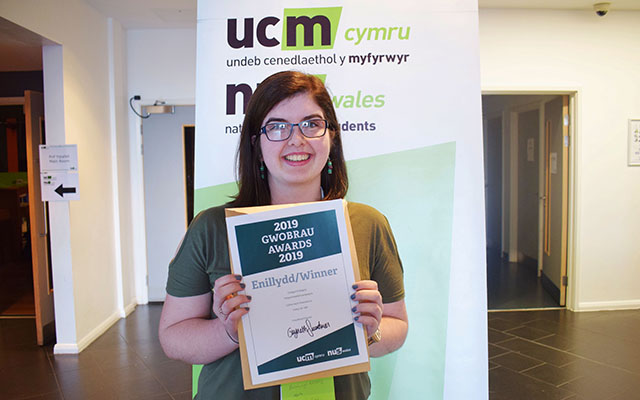 Bronwyn, who studies health and social care at Coleg Sir Gâr, was recognised for the period poverty campaign she ran as women’s officer at the Carmarthenshire college’s students’ union, which led to free sanitary provision for students on all five of the Coleg’s campuses. Not satisfied with that, Bronwyn also engaged with her local council to feed into the Welsh Government’s period poverty agenda and lent her support to NUS Wales’ campaign to end period poverty. 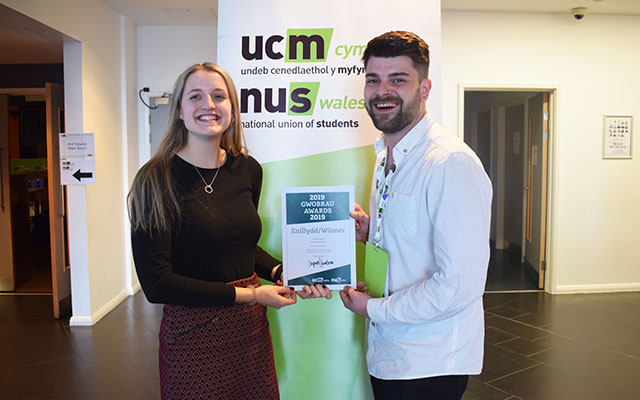 Swansea University Students’ Union has truly gone above and beyond to champion diversity and inclusivity on campus, with 29 per cent of its executive committee identifying as being from black and minority ethnic groups. The students’ union has also recently elected an all-women full-time officer team for the first time in its history. From high-profile LGBT+ History Month events to the election of its first-ever Welsh Affairs full-time officer and Trans/Non-binary part-time officer, 2018-19 was an exceptional year for Swansea. 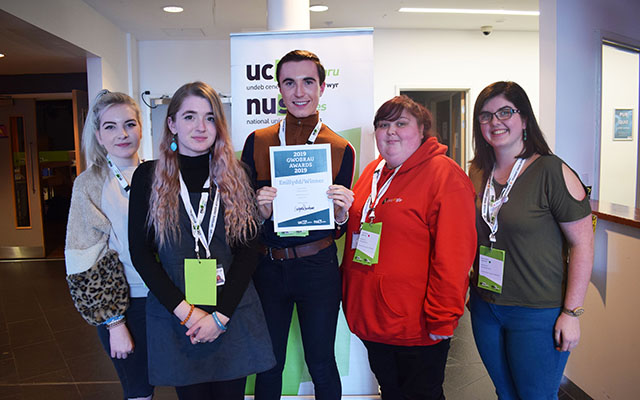 The second award of the night for Coleg Sir Gâr Students’ Union acknowledged its work to develop 20 Respect champions to complement its Respect campaign. The champions help raise awareness of issues around diversity and inclusion within the Coleg and have been equipped with the skills to work effectively through training by the Coleg’s Learner Support Team. The champions have had a significant impact on student engagement and have helped amplify the student voice at the Coleg. 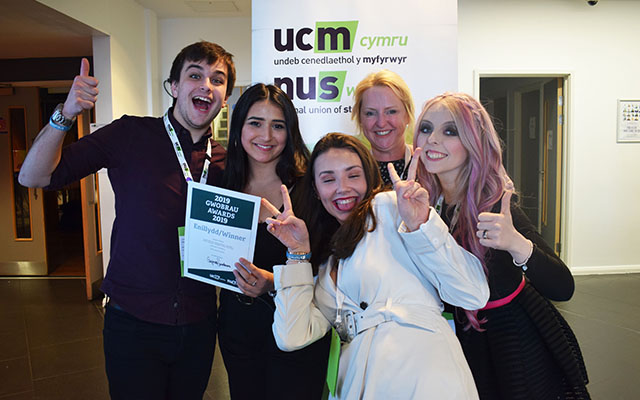 For the second year running Grŵp Llandrillo-Menai Students’ Union picked up the FE SU of the year award, recognising its work to engage students across four counties and 12 campuses. The students’ union held a range of events including a Further Education Learner Well-being Conference, campaigns to promote financial education, Welsh culture and LGBT+ rights, and fundraising for its charity of the year, Macmillan Cancer Support. 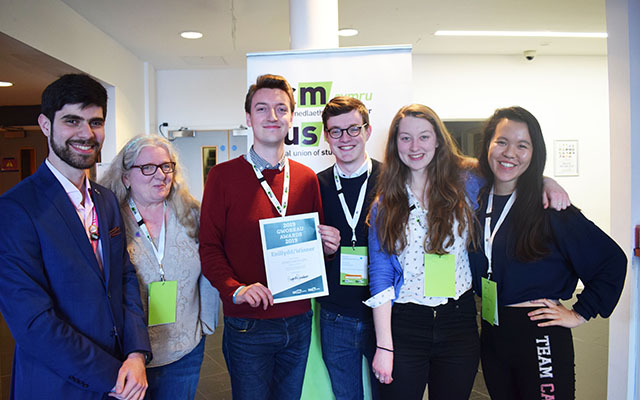 Cardiff University Students’ Union recorded several achievements this year, putting on its inaugural Islamophobia Awareness week and launching its ‘Alright Mate?’ campaign on male suicide. The union’s ‘Speak Week’ collected a record-breaking 3,450 responses from students and £4,300 was secured from Cardiff University to put on events around Black History Month. The union also put on its first ever LGBT+ night during freshers, which attracted more than 300 attendees, and delivered innovative projects to promote suicide prevention and combat food waste. 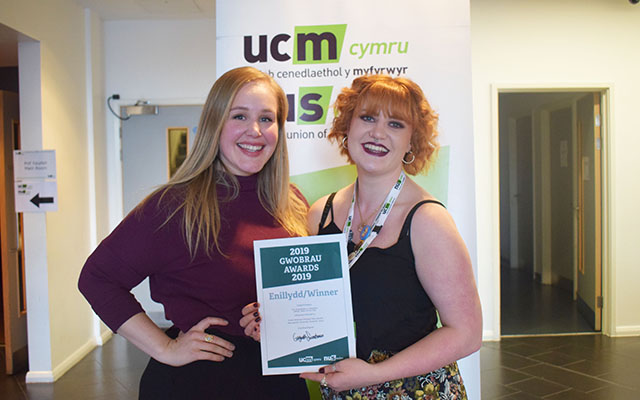 The team of elected officers at Aberystwyth have worked effectively together throughout the year to deliver a series of successful campaigns. The officers secured a record-breaking turnout when elected in 2018 and have worked as a team ever since to support students and campaign on issues including Welsh culture, volunteering, gender equality in leadership and improving exam conditions for students. 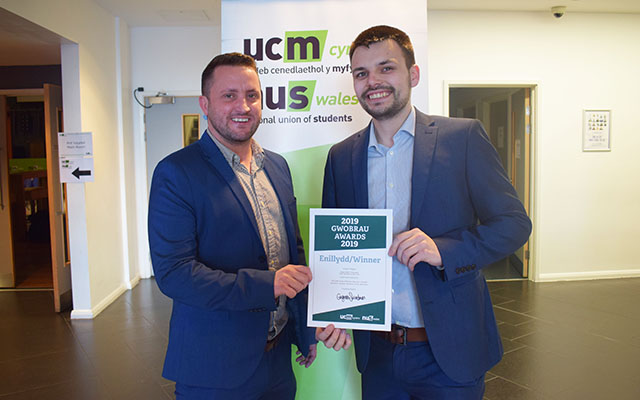 The students’ union has overcome difficulties this year to deliver a series of initiatives to improve the experience of its students. The award recognised the teamwork displayed by the entire staff of WGSU, who have delivered high-level training to 78 per cent of Course Representatives – up from 56 per cent last year. The students’ union has also successfully revamped parts of the campus, including the opening of a new student bar, the Lazy Lion.