Joint statement from the Presidents of NUS-USI, NUS and USI

The three Presidents of the student movements in Ireland, Northern Ireland and the United Kingdom held a trilateral summit today on concerns over the political situation in Northern Ireland. 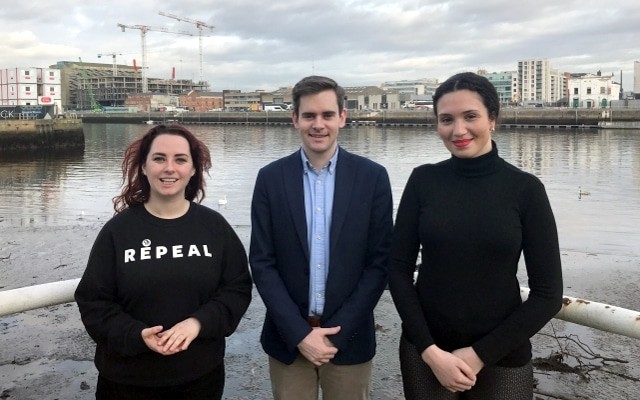 Meeting in Dublin, the presidents have issued a joint statement calling for candidates in the Northern Ireland Assembly election to focus on building a stable future which delivers hope and opportunity for students and young people.

President of NUS-USI Fergal McFerran, President of NUS Malia Bouattia and President of USI Annie Hoey said: "Forty five years ago, the student movements of Ireland and Britain united in Northern Ireland to provide representation and responsible leadership for students irrespective of their religion, politics or allegiance. Our vision of diverse people, united for their common good is as strong and bright today as it was then.  Our unique bond across borders and spanning the Irish Sea is proof that differences and unity of purpose can co-exist - and so we have hope for a better future."

“Students in Northern Ireland and across these islands are united in their call to make the Assembly election about the future. Parties must focus on the need to deliver a stable, transparent and accountable government that delivers hope and opportunity for all. This election must not be allowed to descend into negativity and recrimination.

“Students are voters. They need to see politicians demonstrate that investment in higher and further education is one of their key priorities. This is essential to show students and young people that they can have a bright future in Northern Ireland, with the educational opportunities they need being provided and well resourced.

“We want politics to work for students, for young people and for all of society. Politicians must listen to our hopes and aspirations, and build now for the future.

“The student movement stands together to speak with one voice to call for politicians to deliver agreement, cohesion and opportunity. Northern Ireland needs a stable and hopeful future for both students and wider society.

“And so our collective message is simple - we urge politicians in Northern Ireland, as well as the British and Irish governments to not be found wanting in their efforts to rebuild faith and trust in the political institutions in Northern Ireland and in providing responsible leadership in these challenging times.