It's Not Just You

Following a survey which showed that 42% of Edinburgh College students had concerns about their wellbeing and ability to stay in study, the students’ association decided to take action. 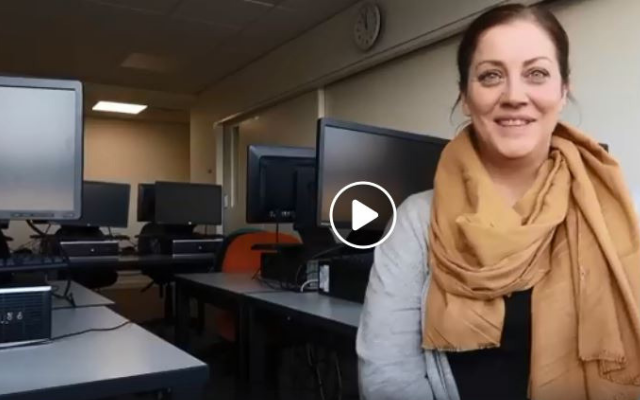 Edinburgh College Students’ Association (ECSA) officers agreed that a campaign was needed to reduce the stigma around mental health, and to encourage students to feel comfortable speaking out and seeking support. The campaign was given the name “It’s not just you!” to reflect the fact that concerns about mental health and wellbeing are not uncommon among Edinburgh College students.

“To fulfil our aim of decreasing stigma around speaking up we have been promoting peer support and talking about student wellbeing with every chance we got,” explained Beth Anderson, Vice President (Welfare) at Edinburgh College Students' Association. “The first challenge we met was encouraging students to take up the opportunity to be part of the campaign. We recognized that talking openly about how you are feeling can be quite daunting so we reached out to students we had previously supported and who we thought might be willing to share their story.”

The campaign decided the best way to get students’ stories and advice out to the widest audience was to ask people to record video messages. Students taking part spoke about their experiences, but were also asked to provide one positive tip for others on how they manage their mental health. Several of these videos have been released, and have received an overwhelmingly positive response.

“We have observed a change in behaviours around campuses,” said Beth. “Mental health is no longer a topic that is shied away from, it’s openly discussed and often mentioned at Class Rep Conferences where students who did not previously interact are sharing their experiences and how they have overcome them."

“Being able to share positive messages online and on campus has been such a rewarding experience. We are planning to keep the momentum going and to keep encouraging students to speak up and be aware that they are often not alone in what they are feeling.”