Higher Education is not the Olympics #TEFOff

The NSS Boycott has proven the TEF can never be a success story, no matter what the university press headlines might claim. 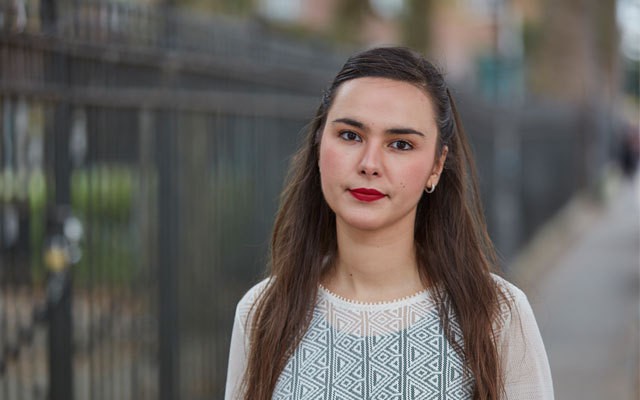 The events of this week mark a pivotal moment for higher education. The results of the TEF have now been released to the public. Universities are busy saying they are excellent at something regardless of what medal they’ve got, or criticising the TEF and how it’s not an absolute measure of quality… over a year too late. Now is the time for us to reaffirm our opposition, but also to celebrate the tactics which have made us great gains so far.

We do not believe that the Teaching Excellence Framework accurately measures teaching quality. The NSS Boycott has shaken one of the core metrics of the Framework and exposed its manipulability and fragility. We believe that students’ unions across twelve institutions have successfully lowered their fill out rate to below 50 per cent, rendering the data unusable for one year of the next TEF award.

And we’ve won nationally through the campaign. Students and students’ unions have proved that saying students are apathetic or won’t want to get involved in the detail of HE policy is demonstrably untrue, through the concessions we have forced in the HE Act.

It is no coincidence that the chair of the TEF awarding panel, Prof. Chris Husbands, spoke out against the inclusion of the NSS as a metric after Cambridge University Students’ Union announced their plan to boycott it.

It is no coincidence that some of the prestigious universities the government would want to put front and centre of their evidence that the UK higher education system is a desirable market model could hold a less desirable two year award in 2019. Their students now have taken a stand against fee rises and marketisation and shown their power through the NSS Boycott.

And it is no coincidence at all that student power has won a delay in in the implementation of the link between the TEF and differential fees until 2020 as well as an independent review of the entire framework, in which not one metric is out of scope.

The NSS Boycott has shown that mass student mobilisation around what some would have considered a complex policy issue is possible and effective. The widespread impact of the NSS Boycott campaign will go further than one year of data destabilisation. Thousands of students have taken part in the campaign and have demonstrated their opposition to an assessment regime which is carried out in students’ names, but not to our benefit or to the benefit of higher education as a whole.

The TEF and its results today have opened up a conversation about the quality of teaching across the sector: but it is not a conversation which has been for the good of students or higher education. The question that needs to be asked at every level of government and the sector today is clear: how can the TEF possibly continue when students don’t want it, have proven that its metrics are easily shaken, and the sector is now downplaying its importance or downright calling it ‘meaningless’?

As the results become public, we are seeing universities trying their best to spin their awards, whatever the results. There are some surprises, which will no doubt be picked over across the media. We hope that those institutions and sector groups which are discovering their opposition to this flawed system now will work with us during the upcoming independent review to provide a voice for their students.

And let’s remember the TEF is not compulsory. Each institution decides whether they want to take part. The sector actually has the power to bring this flawed ranking system to its knees if it works collectively rather than in competition.

To outgoing officers and student campaigners leaving campuses, I say thank you: you have led impressive campaigns in your unions. Through our work on a huge amount of lobbying, marching, occupying and running the NSS Boycott, you have communicated with tens of thousands of students and we have begun to equip this generation of students with the tools to argue for a free and liberated education system and against the twisted and marketised mess we find ourselves navigating. Hand your knowledge, your skills and, of course, your #bestpractice over.

Although this year of campaigning against the TEF as a whole may be drawing to a close, we will regroup in the coming year to leverage the results. To incoming and continuing officers; NUS will be with you every step of the way, from supporting you to use your TEF submissions as leverage locally to national-level lobbying when the TEF is independently reviewed. While the fight against the marketisation of education will always outlast one or two years of campaigning, I know that a free and liberated education system is something that we can win for students when we fight together.