MPs had their first chance to debate the government’s Higher Education and Research Bill during its second reading in Westminster today. 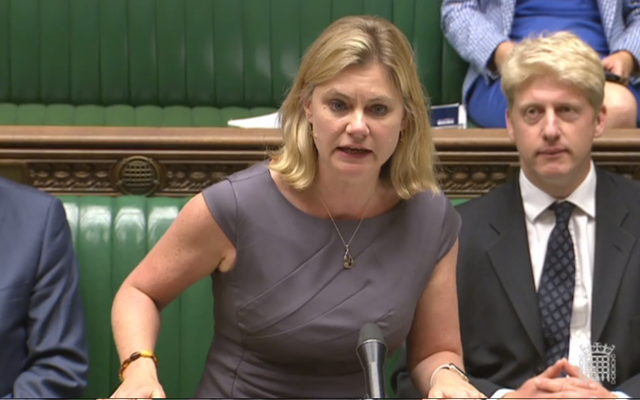 Today’s debate follows the announcement of the Bill – the first piece of Higher Education legislation for over a decade – earlier this spring and was the first opportunity for MPs to discuss the main principles of the Bill, which proposes huge shake-ups to the HE sector.

Justine Greening MP, Education Secretary, opened the debate for the government. Speaking in the House of Commons for the first time since being given her new role in last week’s cabinet reshuffle, Greening outlined the government’s plans for the Bill and emphasised the importance of ensuring quality in the higher education system.

She outlined the legacy of previous Conservative reforms to universities, including the reform of the old polytechnic system, and she argued this Bill would similarly transform the UKs higher education landscape.

She outlined the details on the key areas of the government’s reforms: the Teaching Excellence Framework (TEF); the Office for Students (OfS); and, ‘levelling the playing field’ for new institutions to access degree awarding powers.

Gordon Marsden MP, Shadow Higher Education Minster, gave the official response for the Labour party and outlined his many concerns about the Bill’s direction and principles. He labelled the Bill a “20th century answer to 21st century challenges”; he outlined concerns about the TEF, calling it “a Trojan horse to increase tuition fees”; he outlined concerns that safeguards around setting up new institutions are not strong enough; and, he contested that the government’s rhetoric on access and participation was undermined by its record of cuts to ESOL, EMA, social mobility funding and maintenance grants.

Marsden also endorsed calls from NUS for there to be designated place on the board of the OfS for a student representative, and he supported NUS’ call for an annual Access and Participation Report.

Carol Monaghan MP, SNP Education spokesperson, outlined her concerns with the Bill, including the impact that these reforms would have on the UKs international reputation for higher education quality; the pressure that the England-only Teaching Excellence Framework would put on Scottish universities to participate; the concerns of students about the privatisation of education; and, quoted NUS briefings on the need for transparency and accountability from the government on their access and participation targets.

Many other MPs made contributions to the debate. The key themes that emerged in these comments matched many of the concerns that students and NUS have been raising since the Bill was announced.

MPs raised concerns that this was not the time for a major reform of a sector that was already being rocked by uncertainty.

Government ministers, however, contested that the purpose of this Bill was to bring greater stability to the sector and to strengthen the health of, quality in, and international standing of the UKs universities.

They argued that rather than delaying the Bill because of Brexit; it was needed all the more urgently.

MPs raised substantial concerns that this Bill will inject even greater marketisation into the sector.

A number of MPs challenged the government to ensure that universities will be expected to have a duty for collaboration, while others raised concerns about the risks that HE providers will be able to collapse under these reforms, leaving students with little clarity about how they will be protected, compensated or supported.

Government ministers asserted that protections would be in place for students, through Student Protection Plans, and that these reforms aimed to “open the closed shop” of old, elite universities to new providers.

MPs on both sides of the House raised concerns about the decline of part-time and mature student numbers, and previous cuts to vital financial support for the most disadvantaged students.

They identified how this Bill does not obviously address any of these crucial issues. Government ministers, however, identified the transparency duties that the Bill will place on universities to share information on the gender, ethnicity and social background of their applicants as a way of identifying where problems exist to make resolutions easier.

You can watch today’s debate back on parliamentlive.tv.

The HE Bill will now move on to its next stage: Committee stage. At this stage, a committee of about 20 MPs will be convened to go through the Bill line by line. This will also be the first stage at which MPs can propose amendments to the Bill.

On Thursday, MPs will go into summer recess until the first week in September, which is when the Committee stage is likely to begin.

Over the summer, NUS will be continuing to support students and students’ unions to shape the debate on this Bill.

We’ll be supporting students’ unions to engage with the MPs that are appointed to the Bill Committee – when they have been appointed – and NUS will be briefing MPs about the technical changes to the Bill that students want to see.

In the meantime, our full briefing for students' unions on the HE Bill is available on NUS Connect here.