Could you be NUS Wales’ next President or Deputy President? 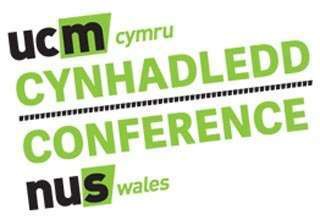 If you think you could do a good job but aren’t quite sure what either role would involve, then read on. This is your guide.

You’re thinking of taking one of the top jobs at NUS Wales. These are no ordinary jobs. There is no interview panel – unless you count the hustings at Conference. The work is demanding too. Our President and Deputy President represent the students of Wales. They sit on committees with politicians, civil servants, and vice-chancellors. They do interviews on radio and TV. And they gain some amazing experience that they really couldn’t get elsewhere.

Still thinking about it? Good. Read on.

Working as an officer for the National Union of Students opens up exceptional opportunities. No matter what your ultimate career goal is, your term as president or deputy president will create a foundation for your future.

Have a look at some of the responsibilities that you can expect from these roles:

- Responsible for the overall direction of the work of the NUS Wales National Executive Committee.

- Representing students on a range of boards and committees within Government and the further and higher education sectors.

- Visiting member students’ unions to inform them of the campaigning work of NUS Wales and NUS Group and highlighting how they can get involved.

This may seem like quite a lot. Rest assured there is a whole team of experienced staff – a bit like civil servants – to support these full-time officers.

Should you run for President or Deputy President?

The President is the elected leader of students in Wales’ colleges and universities. The role tends to absorb most of the public facing duties – acting as the voice and face of students studying in our nation.

Between the President and Deputy President, the roles share a portfolio of work. This work is outlined annually in the Scheme of Work – an amalgamation of the policies passed at Conference, the manifestos of the full-time officers, the current issues of the day and the resource that NUS Wales has available to make it all happen.

So you want to run?

Great news! Now you need to gather support and get yourself nominated.

If you are considering either post, then you have ideas for the future. So it’s time to think about your manifesto. This is where you need to outline your vision and what you want to do about it. Your application should include a manifesto, two pages of A4 for each language. This may not exceed 1000 words. Whilst the manifesto may be designed and published in a PDF or JPG format, it must be submitted as a digital Word document to facilitate translation.

You must also submit a completed nomination form, which includes 10 students’ names and supporting statements. These students must come from member students’ unions and must provide an original signature to your nomination form. Where this cannot be achieved, you may submit a letter from that student, which must be printed on the students’ union letterhead, and signed by them. You may not nominate yourself.

Nomination forms must be received by the NUS Wales Conference team in their original physical format by 5pm on 5th February. Remember to leave plenty of time to send us all your paperwork, as we can only accept paper copies and can’t take problems with the post into consideration if your nomination arrives past the deadline.