NUS’ full time officers are working to strengthen our democratic structures, and are encouraging members to bring forward ideas to make NUS more inclusive and transparent. Last week, Richard Brooks got the party started by pondering whether it's time for an NUS England. This time, Sorana Vieru cites the importance of having more time to debate policy and priototising the policies we do pass. 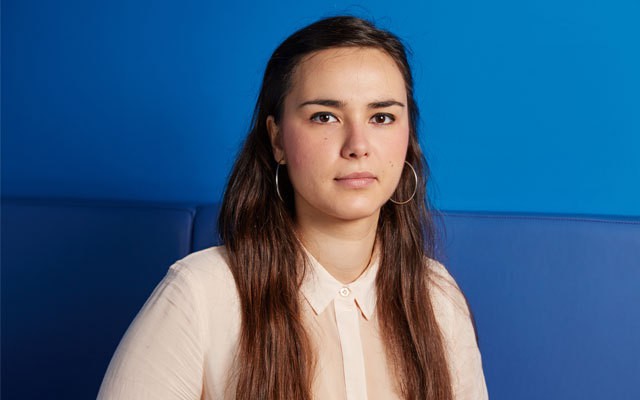 At NUS, we currently have 1,000 pieces of live policy. I’ll let that sink in. That’s nearly three policies for every day of the year, nearly twenty per week. This alone seems ambitious but let’s also remember the following:

Add to this the fact that there’s a tendency to value quantity over quality and think of a ‘good conference’ as one that passes lots of policy rather than necessarily passes good policy and we have a problem.

We have ludicrously short debates to inform incredibly difficult decisions about highly complex issues. We can’t just assume that delegates will rock up to conference with preconceived convictions about neoliberalism and education, politics in the Middle East or structural oppression.

With so little to go on they have two choices, be told how to vote or guess. Policy setting can be a radical educational process but not based on two, short rhetorical speeches for and against a motion. And when, let’s be honest, some motions and amendments are only submitted so a candidate can profile for an election, sometimes we’re spending precious time debating ideas that everyone agrees with.

One of the knock on effects of this problem is how difficult it makes accountability. It is neither possible nor arguably reasonable to hold officers to account for acting on three years of active conference policy. Especially when you consider that this policy list doesn’t even include manifesto promises. Nor the need to respond to the deluge of political change going on around us, admittedly 2016 has been a bit of a year, but you see my point.

What’s the solution? We have prioritise. We need to find a way to better prioritise which policy proposals we debate and which policy agreements we action. The simplest way to do this might be to have a ballot for and after a conference.

What if we held a pre-conference ballot to identify which motions we agree on (either way) and which require more debate. An “I don’t know” option could also be provided.

Then, if a motion received overwhelming opposition or support (e.g. less than 75 per cent) it would pass or fail. Then, motions that are more contentious* or less understood would have more time to be debated at conference. It would be important for liberation groups to be able to challenge the outcome of the pre-conference ballot and force a debate of a motion on the basis that the voters had not considered how it effected women, disabled, black and/or LGBT+ students. This isn’t a veto, but a way to flag a consideration that voters might not have made.

A post-conference ballot could then be used to agree which of all the motions that passed at the conference should be prioritised by the movement. So if conference passed twenty policies, it could be that students’ unions are asked to vote for their top three priorities. In order to make sure more students’ unions, especially small and FE ones, could take an active role in campaigning for these priorities, resource could be held for them to bid for and use. This money could come from the richest students’ unions pooling a small amount of the money that they’d pay if there weren’t a cap on their membership contribution. This need only be small, but like most experiments in participatory budgeting, could be increased as confidence in the programme increased.

As with all innovations, this idea throws up a whole series of further questions. And while we won’t immediately all agree on the solutions, we do agree on the problems. We must ensure we have time for lively and informative debate to set policy that we have time and resource to implement. Otherwise we’re just arguing with each other about Word documents no one will ever look at again. This will not bring about the world we want, we have to act.