A little less data collection, a little more action May 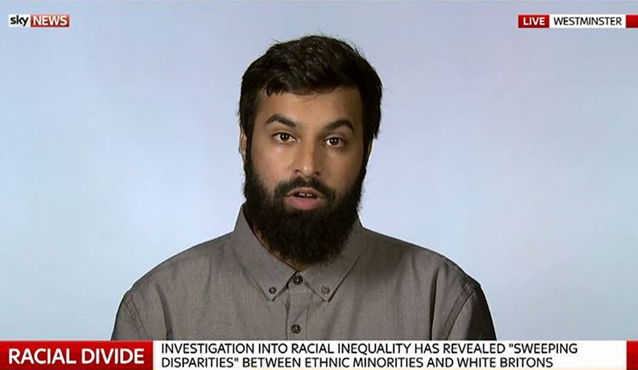 Read our updated briefing on the attainment gap in higher education.

This week the Race Disparity Unit, which is part of the Cabinet Office of the government, released a new website which brings together, in one place, all of the data central Government hold on disparities in outcomes relating to race. Students of colour across the movement and the whole of the education sector experience these injustices daily. The NUS Black Students’ Campaign has been calling for structural change to address these barriers since its very creation.

Real change has come about when there’s been an injustice, research has been done to understand how this injustice has happened, and then recommendations were acted upon. Bringing together all of this data into one place, updating it annually, ensuring that inequality is visible to all – this is useful. But it’s not enough. The data has existed for decades, the time to take action is now and this government must hold itself accountable with evidence displaying how its austerity policies are disproportionately affecting communities of colour.

When a government minister believes that telling people about the racism and discrimination they directly experience every day might “trigger social unrest”, it seems like there may be a lack of political will to actually address injustice. This lack of will can be seen in our universities, where the data demonstrating the gap in attainment has existed for decades. The scale of the issue and the time since it was accepted to be a widespread issue, demands that action is taken even when there is less data available.

Take the experience of a typical second-generation immigrant - they are more likely to come from a background which is scarce with opportunities and extracurricular activities, then often are the first in their families to access higher education. Even at this stage, they are less likely than their peers to receive offers, especially from elite universities. If they do manage to get in, they are more likely to drop-out, more likely to be targeted by prevent and the hostile press if they get involved in activism, and less likely to have culturally competent counselling services (that is if they even manage to access them in the first place) - overall they are less likely to have a positive student experience.

At university, they also face the brunt of a detached curriculum and alongside lifelong debt, they are hit with the attainment gap - a manifestation of institutional racism which pervades all education institutions today. If they somehow get through all of this, they then graduate into a labour market which, for them, means less likely to secure positive employment, more likely to be on fixed term contracts or other precarious work, and they’re more likely to be discriminated against, both at entry into and within the workplace.

Data from the Resolution Foundation shows people of colour graduates are half as likely to find graduate employment than their white counterparts. They then face a pay gap based on race, with this being exacerbated for women of colour and trans people of colour.

Students of colour do not exist in isolation - their very communities continue to face the affliction of the state from structural poverty, affecting their communities’ access to resources being limited by institutionally racist mechanisms. The audit highlights some of these; access to housing, access to health services, access to basic public institutions, the way our communities are criminalised by the state and so face the brunt of the criminal justice system. All of these issues are interconnected and only by listening to those groups on the ground who have legitimacy within their communities will we take a step in the right direction. The government must recognise that if they want to fix disparities around race then they need to accept some of their approaches are wrong – whether it is stop and search, Islamophobic approaches to security, housing and transport policy, or educational regulation, many of these things will arrest where efforts are being made to address injustices for people of colour in the UK at this point.

Today, I am launching a briefing with Amatey (VP HE) to provide Student activists and students' unions with knowledge and information to instigate action on their campuses on attainment. You can also see what EUSA, Arts SU and Union of Kingston Students have been doing to tackle the attainment gap. In a few weeks, Amatey and I will be launching information on the Race Equality Charter Mark. I’ll also lead sessions at the liberation activist days on strategising to tackle the attainment gap on your campus so make sure you register your place in either Manchester or London. If you’d like more tailored support on individual campuses, do get in touch - I am committed to supporting you!

Evidence for all the above exists and has existed for decades. Of course, we’ll continue to work with the Race Disparity Unit to develop the data on the rest of the government that they make accessible. However, what is needed is the political will to turn this into a priority. The issues are complex, but you do not tackle a complex problem by ignoring it. There was a lot of scrutiny of the government prior to the audit but now that it has been published that scrutiny must not wither - rather it must intensify to ensure interventions are targeted, appropriate and done with communities. It's time for a little less data collection, a little more action, May.