5 Ideas for Intersex Day of Solidarity

On 26 October 2019, it's Intersex Awareness Day. Your LGBT+ Officer has 5 ways you can stand in solidarity with intersex people. 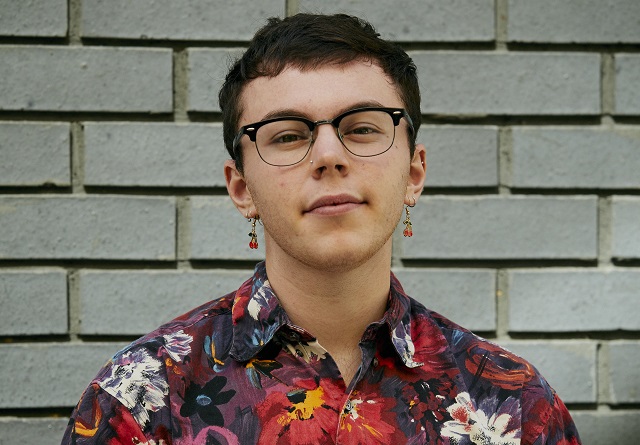 26 October marks Intersex Awareness day, which is followed by Intersex day of Solidarity* on 8 November. Although many LGBT+ groups, ourselves included, choose to include a “+” or “I” in their acronym to be more inclusive of intersex people it is important that our actions in support of intersex rights do not stop there.

What does “Intersex” mean?
According to Intersex Society of North America “Intersex” is defined as;

“.. a general term used for a variety of conditions in which a person is born with a reproductive or sexual anatomy that doesn’t seem to fit the typical definitions of female or male. For example, a person might be born appearing to be female on the outside, but having mostly male-typical anatomy on the inside. Or a person may be born with genitals that seem to be in-between the usual male and female types—for example, a girl may be born with a noticeably large clitoris, or lacking a vaginal opening, or a boy may be born with a notably small penis, or with a scrotum that is divided so that it has formed more like labia. Or a person may be born with mosaic genetics, so that some of her cells have XX chromosomes and some of them have XY.”
Showing solidarity with intersex people

Despite the fact that raising awareness is absolutely vital when it comes to intersex issues, simply altering the banner under which we organise is not enough - we must also commit to action and material support for intersex people within our community. This is why I’m writing to encourage you as a LGBT+ student activist to act in solidarity with intersex people, either on November 8th for Intersex Day of Solidarity or at another point this year. Below are five ideas to get you started.

1.    Run a fundraiser
Perhaps one of the most tried and tested acts of solidarity you can take is raising funds to support intersex projects and people. Bake sales, film screenings, open mics or simply having donation buckets at events means there is opportunity for your LGBT+ student group to take action regardless of capacity or skillset.

2.    Use social media
A simple but effective action you can take to raise the voices of intersex people is by sharing their content on social media - for example, once every day for a week you could share the story of a different resource or intersex activist biography. Below you can find a variety of national and international organisations with resources that might be a good place to start.

3.    Collaborate with medical societies
Ensuring the next generation of medical professionals have an understanding of intersex terminology and issues is a key demand for the intersex rights movement and something many LGBT+ groups have the potential to support. Reaching out to provide resources, encourage education or even run a joint event with the MedSoc on your campus can be incredibly impactful if done correctly - just be sure to triple check the information you are distributing, and if possible involve an intersex person in your organising.

4.    Host a speaker (pay them!)
Despite the lack of visibility of intersex activism within the UK LGBT+ movement, there are people who will be happy to share their experiences and knowledge with your group. Do a call out on social media to see if there’s any intersex people or groups in your area who would be willing to run a session or even reach out to national organisations allows intersex voices to be heard. Remember to ensure that speakers are remunerated for their labour and not simply forced to perform their trauma in front of an audience. Make sure you’re also open-minded about what event format your speaker is most comfortable with and explicitly communicate with them about their boundaries. An example of a successful event that centred intersex speakers is this Intersex Awareness Event at the University of Westminster.

5.    Screen a documentary
Be sure to double and triple check intersex people’s reviews of anything you screen and always prioritise content produced by intersex activists themselves. There are a number of intersex-led documentaries and videos that highlight intersex people’s experiences in a non-pathologizing or stigmatising way, such as the videos of Intersex Russia and Babalwa Mtshawu.

Educational Resources
●    Intersex 101
●    Trans, gender variant, and intersex students school policy
●    “Politicisation of the body and the legitimisation of institutionalised violence toward intersex children”
●    “What we wish our friends knew”
●    “How to be an intersex ally” toolkit
●    Media guide
●    Intersex iconography
●    Intersex awareness day

We cannot be intersex inclusive in name only, I look forward to marking Intersex Day of Solidarity with you on 8 November.