2020: The Decade to #CombatMisconduct at UK Universities

NUS Women's Officer, Rachel Watters, has been working with AVA (Against Violence and Abuse) and UUK (Universities UK) on project #CombatMisconduct. 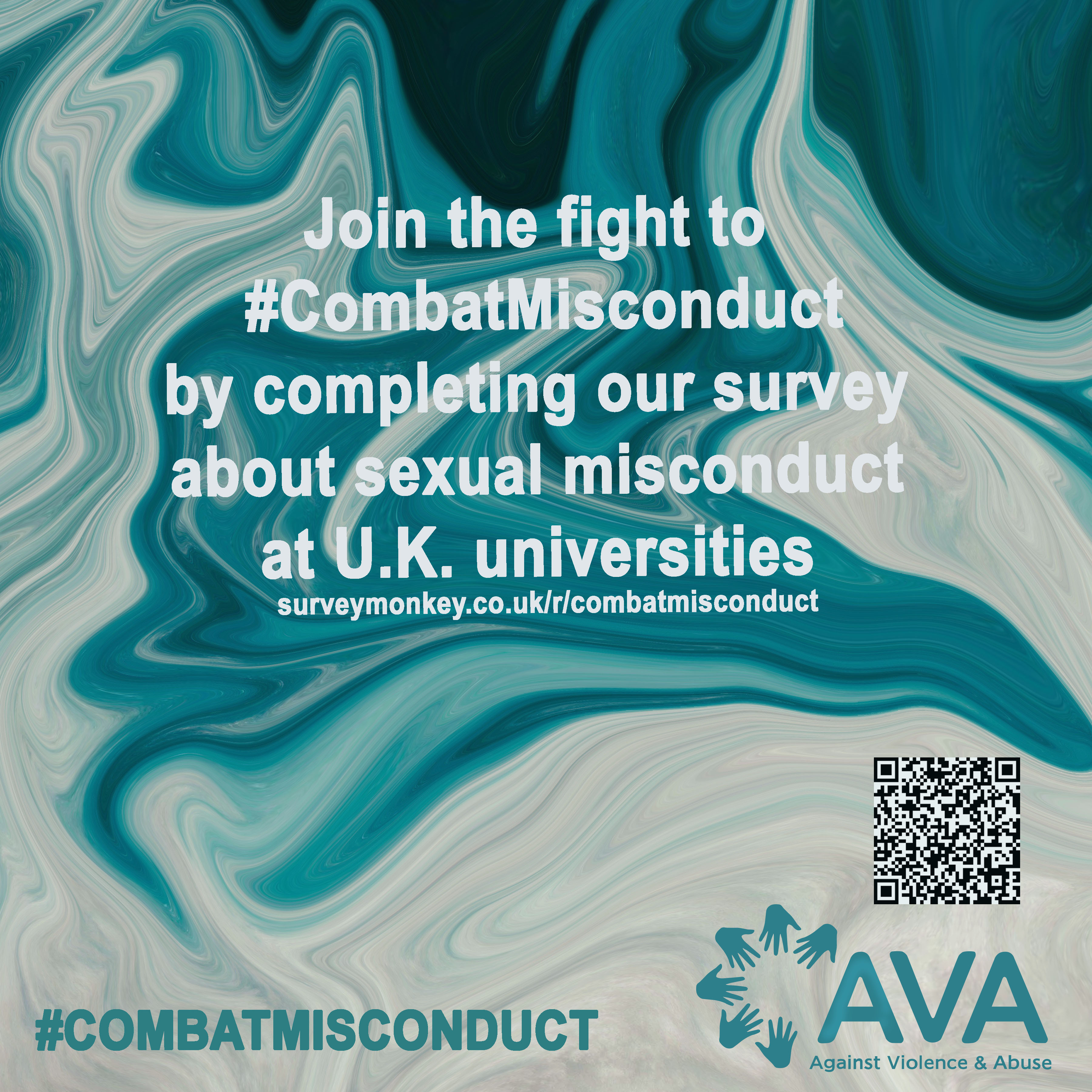 During 2019 sexual violence and misconduct in U.K. universities was an issue which received higher levels of coverage than ever before. Through a combination of individual cases being reported and studies finding that more and more students are coming foward to disclose their experiences, the prevalence of sexual misconduct, assault and rape on universities campuses is finally beginning to be acknowledged.

Universities themselves are also starting to see the issue as a much higher priority. In 2016 Universities UK published ‘Changing the Culture’, a report summarising the evidence of the need for the higher education sector to tackle sexual misconduct, as well as providing recommendations of what universities should do to address the problem. At the time Changing the Culture was published, some universities had already recognised sexual misconduct as an issue they needed to address, and more have come on board since then. Some are still at the very beginning of their journey, and even those who have done more have not adopted a ‘whole university’ approach.

This is where AVA comes in.

In 2019 we launched #CombatMisconduct. This is a two-year project that - with input from Universities UK, the NUS and a whole host of other amazing people and organisations working on this issue – will see us adapt our award-winning ‘whole schools approach’ to addressing domestic violence into a resource for universities to use. It will help them to develop systematic, comprehensive response to sexual misconduct happening on campus.

#CombatMisconduct involves four distinct pieces of work. Resources to raise awareness for students and staff. An impact assessment matrix so that universities can keep track of what they are doing and the effect their work is having. A model for creating a ‘whole university’ response to sexual misconduct. We will also be working a little more intensely with five universities – Aberdeen, Anglia Ruskin, Queen’s, St George’s, Warwick – to support them on their journey to creating an effective model of challenging sexual misconduct.

We want to get this right; so as our first step in this project, we want to hear from you.

We know there have been a number of surveys done recently but we think it’s important that we have your input into this project and the resources we will be creating.

if you are currently a student at a U.K. (or have recently graduated) who has experienced sexual misconduct, we would really appreciate you taking the time to complete this survey. As a ten-year update on the NUS’ Hidden Marks report, which was one of the first to shine a light on this issue, we are looking to create a U.K. wide picture of the sexual misconduct that students are facing. We are also focussing on creating a better understanding of what it is like to report sexual misconduct to a university, so would really value your views on that if you have or haven’t reported.

if you work at a U.K. university and have either had to deal with reports or potentially could be approached by a student with a disclosure or report of sexual misconduct, we would like to understand better what you need to be most prepared to deal with those reports.

We really look forward to hearing from you.